Lest We Forget – The Dogs of War

ANZAC Day is an important commemorative day for all Australians.  It is a time that we reflect, remember and pay our respects to those that have fallen, risked their lives fighting and continue to serve in war. Each year we hear countless stories of heroics, sacrifice and triumphs of these soldiers, but what about our fur friends?  What part did they play in the war time efforts?

It is thought that many dogs played a vital role in WW1. One of the most famous stories is of Sergeant Stubby of the 102nd Infantry, Yankee Division. Although not an ANZAC, Stubby was the official mascot of his US regiment and is believed to have helped forge the way for the recognition of future canine soldiers.  He served for 18 months and is believed to have supported soldiers in 17 battles on the Western Front. His work in detecting the injured and dying on the battlefields, alongside gas detection and alerting soldiers to the enemy close by secured his nomination and promotion to Sergeant.

It is said that by 1918, Germany had 30,000 dogs working on the battlefront, with Britain using up to 20,000 dogs. Other nations also utilised thousands of dogs on the front line of attack.

What Breeds of Dogs Went to War?

The history books tell us that the most popular breeds were Dobermanns, German Shepherds, Airedale Terriers and Bloodhounds. However, they do believe there were a variety of different breeds utilised over the years.

How Did Dogs Help?

Specific breeds were used for guarding and alerting of suspicious situations and people while also sniffing out rivals on the battlefield. There were also many casualty dogs, and messenger dogs.

Casualty Dogs – These dogs would carry medical equipment to injured soldiers on the battlefield. They would protect dying soldiers by staying beside them for comfort and alert others to the injured.  The Red Cross utilised Bloodhounds and Airedale terriers who were trained to seek out the wounded.

Sentry Dogs – They were trained to stay with their soldier to guard and alter their handler with a low growl to suspicious activity. Dobermanns were the perfect choice for this task as they are masters at guarding and also their dark colouring allowed them to blend into the environment, particularly at night.

Messenger Dogs – This was the most dangerous task for dogs on the battlefront in WW1 and WW2. These dogs were given messages and sent across battlefields when communications were cut. Many of these important messages were vital for success.

Formal Military training for dogs began in 1917 and highly trained dogs continue to play a vital role in the Military today, providing support for Special Operations across the globe.  Animals are also trained and used to support veterans suffering with trauma of service. On the 24th of February there is a national day to recognise the loyalty and courage of all animals who have contributed to war and veterans. 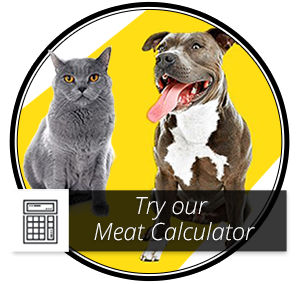